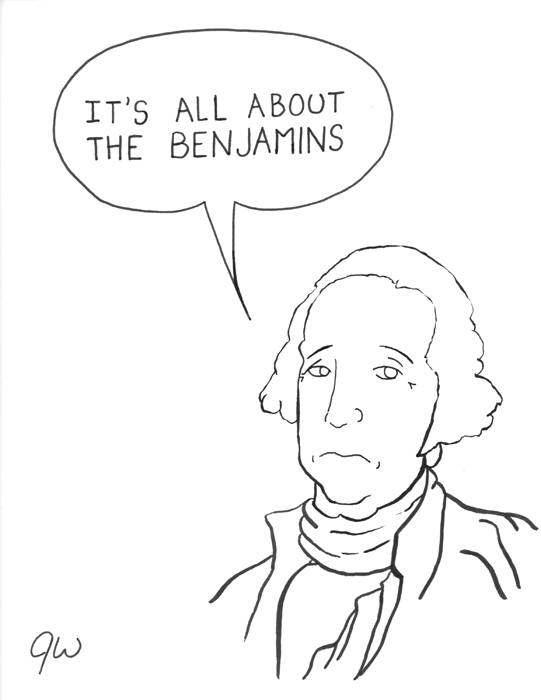 I don’t really understand the fourth of July.  People spend the day roasting hotdogs or being awed by a fireworks display remarkably reminiscent to that of the previous year, and every year before.  Perhaps it’s not the activities that confuse me but rather the day itself.  Back in 1776, we had already been fighting with Britain for about a year before officially calling the relationship quits.  I thought that violence was a pretty good indicator that the honeymoon was over, but our Founding Fathers were quite thorough and wanted a paper copy for their records.  The Second Continental Congress actually voted in favor of independence on July 2, but, in the name of government bureaucracy, an additional formal declaration was needed and thus the Declaration of Independence was adopted two days later.  Though, even if we did celebrate America’s birthday on July 2, we would still really be only celebrating a declaration and to me that’s an odd notion.  I mean, shouldn’t we celebrate American independence on the date we officially became independent, September 3, 1783, versus the day we only declared our freedom?  Think about it, you can declare pretty much anything, but declaring something doesn’t validate it.  For instance, I can declare that I’m finically independent, but until my parents stop paying my cellphone bill my declaration basically holds no weight.  Despite this though, we have to face the fact that September 3rd would be a terrible day for a government holiday.  Who’s going to be excited about the new summer blockbuster in September?

Dates aside, in general it shocks me how little the average American seems to know about the history of the good ole U-S-of-A.  For example, I feel that far too many people believe that Franklin invented electricity or, perhaps even worse, that he was a president at all.  To continue, Washington never chopped down a cherry tree and Jefferson was actually a ginger.  “Under God” was only added to the pledge in the 1950’s and most of the Founding Fathers were in fact deists.  Also, one of our most basic American rights, voting, is a privilege that most Americans take for granted.  Keeping this in mind, I think that those who desire to vote should be required to pass the same test required of immigrants seeking American citizenship.  Think about how different the state of our government could be if the average American actually had more knowledge of the political goings on in their country versus which light beer would be best with their over charcoaled burger.  Knowledge, and turtle soup, could be the unifying force our country is so desperately in need of.