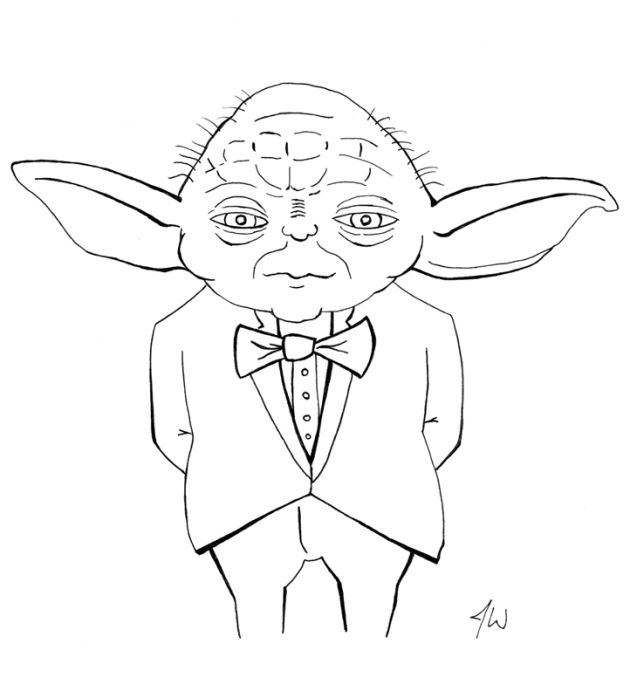 Tomorrow is May 4th, otherwise known as Star Wars day, and I thought this would be a great opportunity to talk about some geek etiquette.

My fellow geeks, remember to cut down on superfluous statements when talking to others with the same interests as you.  For instance, the statement: “I like Star Wars, but you know, only the original trilogy,” contains some superfluous information.  When you mention that you like Star Wars, it is unnecessary to mention that you are not a fan of the prequels.  When you say that you like Star Wars, I automatically assume you mean that you are a fan of Episodes IV-VI and nothing else.  I am sick and tired of hearing geeks quickly noting that their fandom is corrupted out of fear that others might assume they like the obviously inferior parts of it.  From now on, just say, “I like Star Wars,” we’ll know what you mean.  The same goes for The Simpsons and Lost,  When you tell us that you like it, you don’t need to mention, “Only old school Simpsons, before it got lame,” or “Yeah, Lost was great, I mean, until the ending”.

I understand that some people like the first three Star Wars or the new seasons of The Simpsons, but they are they outliers and they should be the ones who have to specify.  For example: “I like The Simpsons, even the new ones!” or “I love Star Wars, ALL OF THEM, I am going to like the J.J. Abrams movies regardless, and given the chance I’d make out with Jar Jar on Endor.”

May the fourth be with you.