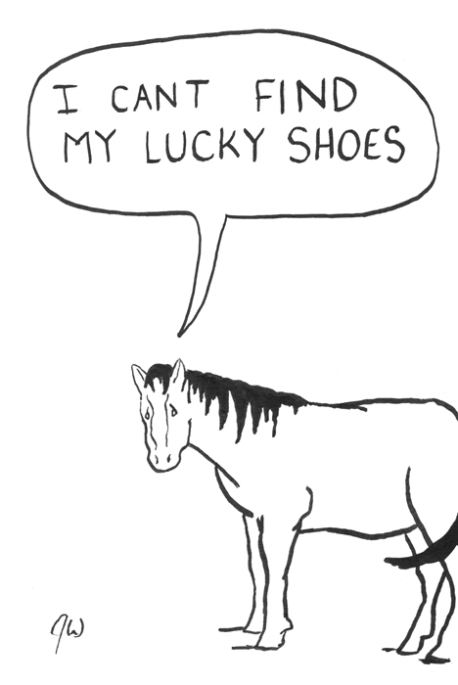 I don’t tend to believe in superstitions, it seems illogical to assume arbitrary things like broken mirrors and ladders have any real effect on a human’s life.  I will admit, however, during football season I start dreaming about the concept of luck and sometimes wonder if it might exist. I will also say that there are times where I have felt unlucky (For example, there was a day where I found out this girl I had been seeing was sleeping with another guy, my car was broken into, and I git stung by a Portuguese Man-o-War, it felt unlucky to me).

While researching superstitions, I was amused to find out that over 50% of people are superstitious and the number could go as high as 80%.  Although I shouldn’t be too surprised given how superstitious ideas are a large part of our culture. Last football season Bud Light’s Superstitious commercials were being played everywhere.  I mean, come on, there is also a very popular kids’ cereal based around the concept of Lucky Charms, a theme that kids apparently find fun. (Ha! and you thought they liked outer space).

I feel, however, that less than 50% of people I meet are superstitious.  Are people just not open with their superstitious beliefs because they realize that they aren’t generally excepted as the norm?  People will occasionally say “good luck” or “knock on wood”, but do they actually think that it does something?  Whatever the case might be I know I will see some people sweating during their Fantasy Football seasons while they wearing their lucky underwear.

Side Note: Oddly lucky underwear didn’t make the cut for Lucky Charms cereal, but Red Balloons did.  How are those lucky?